Morag - back again for more 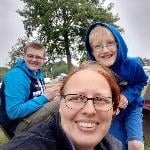