JupiterStar vs. the Forces of Evil 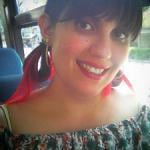