Skywalker heeds Yoda: "Do or do not. There is no try." 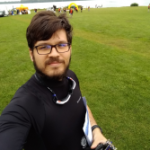