Zeroh, stick to the routine! 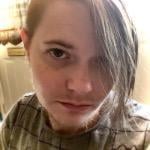