DrFeelgood: I'll do what I want 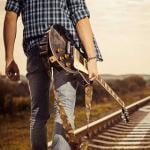