Second Challenge: Into the Woods 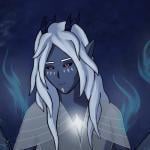