Etchi's fourth challenge- the one without a clever name. 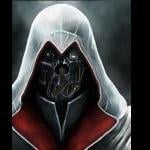